Back to all posts

After a year, Stonus return to their homeland for an exclusive show prior to their first ever European Tour.

This time the five piratonauts are in mission to spread their Sunny fuzzy riffs around Europe!!! Germany, Austria, Czech republic, Cyprus and UK are you ready for the most fuzzed-up mediterranean party?

Support acts:
Black Strays is a 4 piece band from Cy formed in 2020
Their sound is a powerful blend of all the Rock related genres from the 70s to the 90s delivered in their own way.They call it "Dirty Groovy Rock n Roll"

Leave the Wave is a new rock band ready to make you move with some energetic covers of the 00s alternative rock era and make you headbang with some original heavy rock songs!

More dates to be announced soon!
art by the one and only @soaresartwork

"Mediterranean Fuzzed Up Heavy Rock"
Stonus are a desert heavy rock quintet originating from Nicosia, Cyprus since 2015 and currently based in London. Their sound can be described as a mixture of desert, psychedelic, alternative and doom rock with pyrotechnic guitars, fuel firing solos, powerful drumming and raw dirty riffs held together by the melodic vocals and coloured by analogue equipment, complimented by high-energy live performances. To date Stonus have released three extended plays, building up to their debut album 'Aphasia' released in 2020 which made it into several AOYT lists and getting them a deal with Electric Valley Records and Daredevil Records . Stonus have shared the stage with bands including Conan, Elephant Tree, Riverside, Sunnata, Planet of Zeus and Nightstalker and participated in festivals such as Riffolution Fest in Manchester UK and Soundart Fest in Roumania 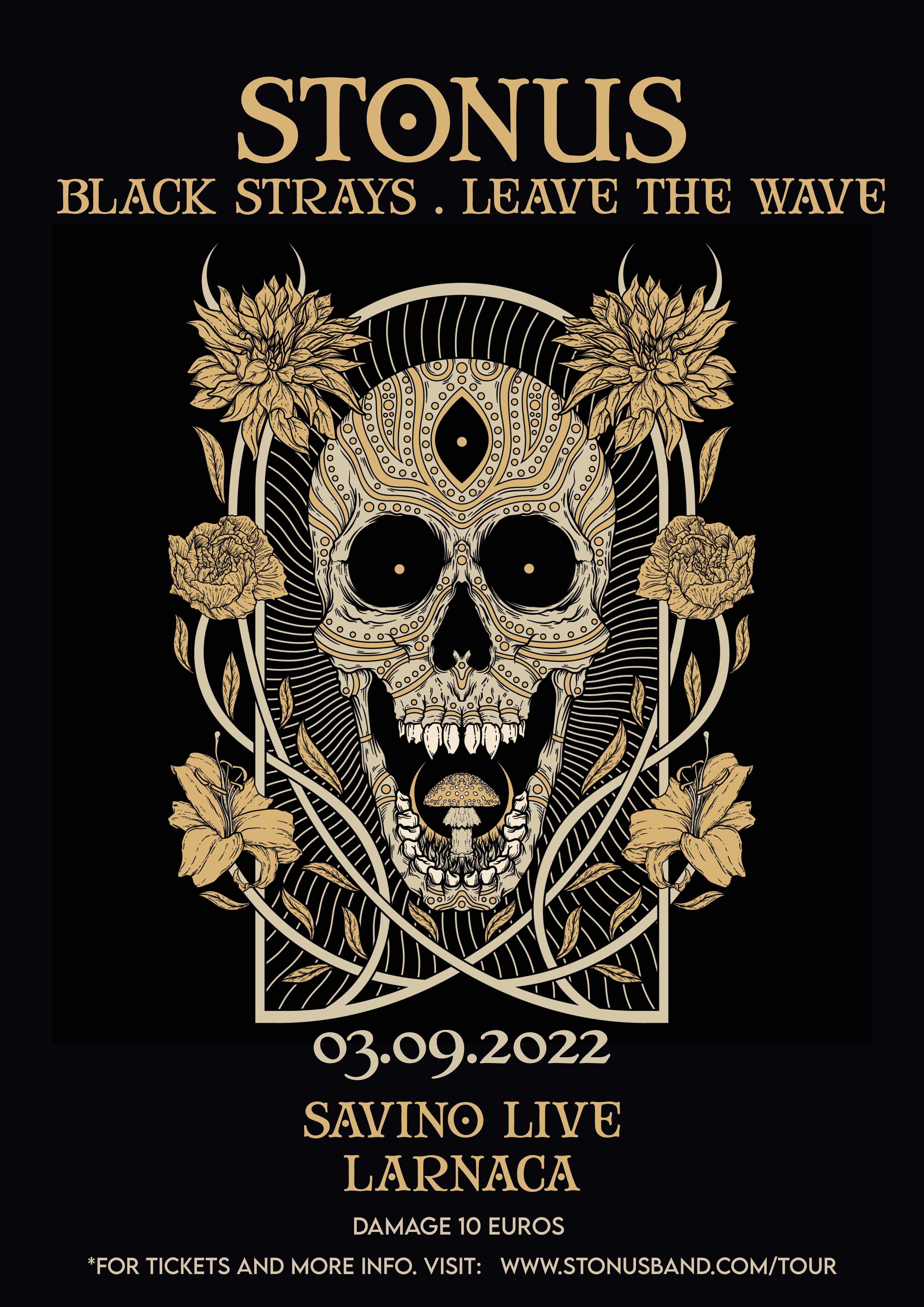